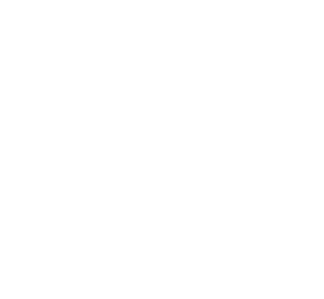 And the Winner Is…

Can I Get A Drum Roll Please?
The channel community has come together to highlight leaders in our space. Thank you to all of our nominees and each individual who voted! Channel Chief Of The Year

The 2021 Channel Chief of the Year is Mike Kane – Dialpad

Mike Kane was Dialpad’s channel employee number one. In the four years since, Mike built the organization’s entire channel team from the ground up, helping Dialpad evolve to become a channel-first company. As Dialpad scales beyond $100M ARR, the company continues to leverage the channel as a leading revenue driver, making up 65% of revenue this quarter alone, up from last quarter’s 40%. Over 15 years ago, when major Silicon Valley companies did not know what the channel was, it was Mike that helped educate, advocate, and inspire them to adopt the channel model. ​​Rachel lead the partner portal launch in Q1 of 2021 during her first few weeks with Cin7. She has grown new partners 2x, and has impacted a revenue increase of over 45% year over year. International Channel Of The Year

Archibus, by iOFFICE and SpaceIQ

​​Approximately 65% of Archibus, by iOFFICE + SpaceIQ, Partners are outside North America. The product itself is available in 7 languages out of the box, and a localization kit can be utilized to translate to other languages. Their Global Partner Network adapts and deploys our product based on industry trends, best practices, local cultures, and any other needs specified by our mutual Customers. Dialpad has been doubling down its channel investments and has seen tremendous growth in mid-market and enterprise bookings. The Dialpad Partner Success Portal includes more resources and tools to help resellers and agent partners grow their unified communications-as-a-service (UCaaS), contact center, and collaboration businesses. The channel team expanded by 400% year over year, the channel also represented 57% of overall sales in Q2 yielding a 151% increase compared to Q2 last year. The team of editors at CRN are highly experienced in the channel, their content is relevant and has a wide variety of topics. CRN is the trusted source of IT channel news, trends, analysis and best practices that today’s channel partners and solution provider community needs to be successful. This is a community of leaders in the channel world. It has been a fantastic way to connect with the channel ecosystem, get advice and guidance, and learn what’s going on in channel.

As a bonus, you’ll see exactly how you stack-up against fellow industry leaders and get intelligent recommendations to improve problem areas – all in just minutes! Why It's Crucial to Get Your Partner Onboarding Process Just Right

We use cookies on our website to give you the most relevant experience by remembering your preferences and repeat visits. By clicking “Accept All”, you consent to the use of ALL the cookies. However, you may visit "Cookie Settings" to provide a controlled consent.
Cookie SettingsAccept All
Manage consent

This website uses cookies to improve your experience while you navigate through the website. Out of these, the cookies that are categorized as necessary are stored on your browser as they are essential for the working of basic functionalities of the website. We also use third-party cookies that help us analyze and understand how you use this website. These cookies will be stored in your browser only with your consent. You also have the option to opt-out of these cookies. But opting out of some of these cookies may affect your browsing experience.
Necessary Always Enabled
Necessary cookies are absolutely essential for the website to function properly. These cookies ensure basic functionalities and security features of the website, anonymously.
Functional
Functional cookies help to perform certain functionalities like sharing the content of the website on social media platforms, collect feedbacks, and other third-party features.
Performance
Performance cookies are used to understand and analyze the key performance indexes of the website which helps in delivering a better user experience for the visitors.
Analytics
Analytical cookies are used to understand how visitors interact with the website. These cookies help provide information on metrics the number of visitors, bounce rate, traffic source, etc.
Advertisement
Advertisement cookies are used to provide visitors with relevant ads and marketing campaigns. These cookies track visitors across websites and collect information to provide customized ads.
Others
Other uncategorized cookies are those that are being analyzed and have not been classified into a category as yet.
SAVE & ACCEPT